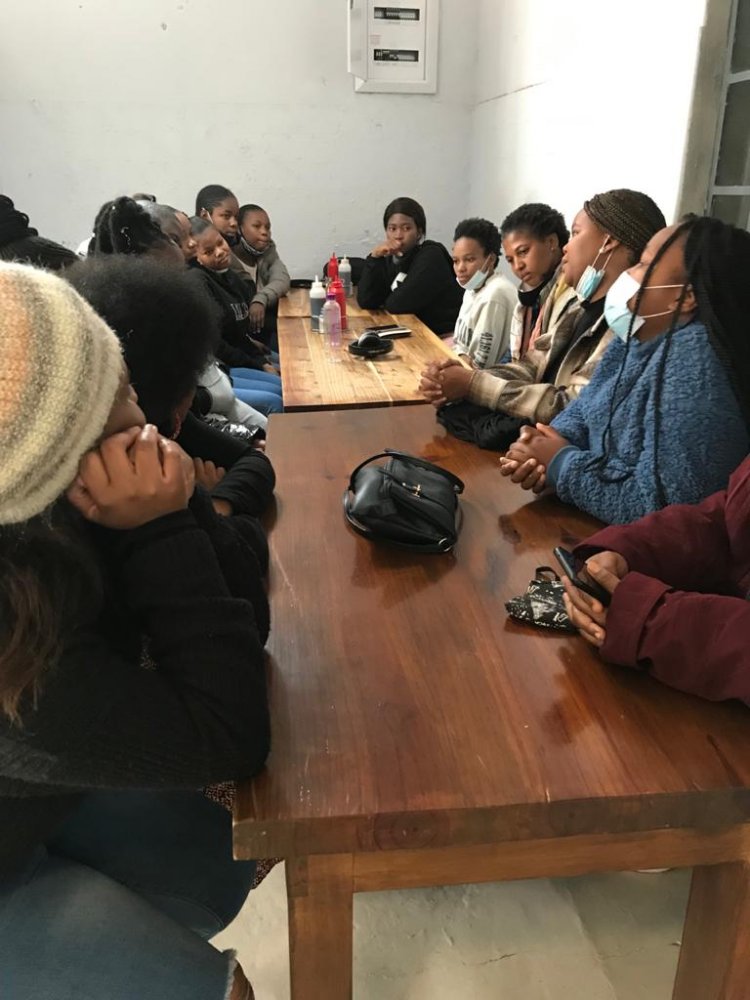 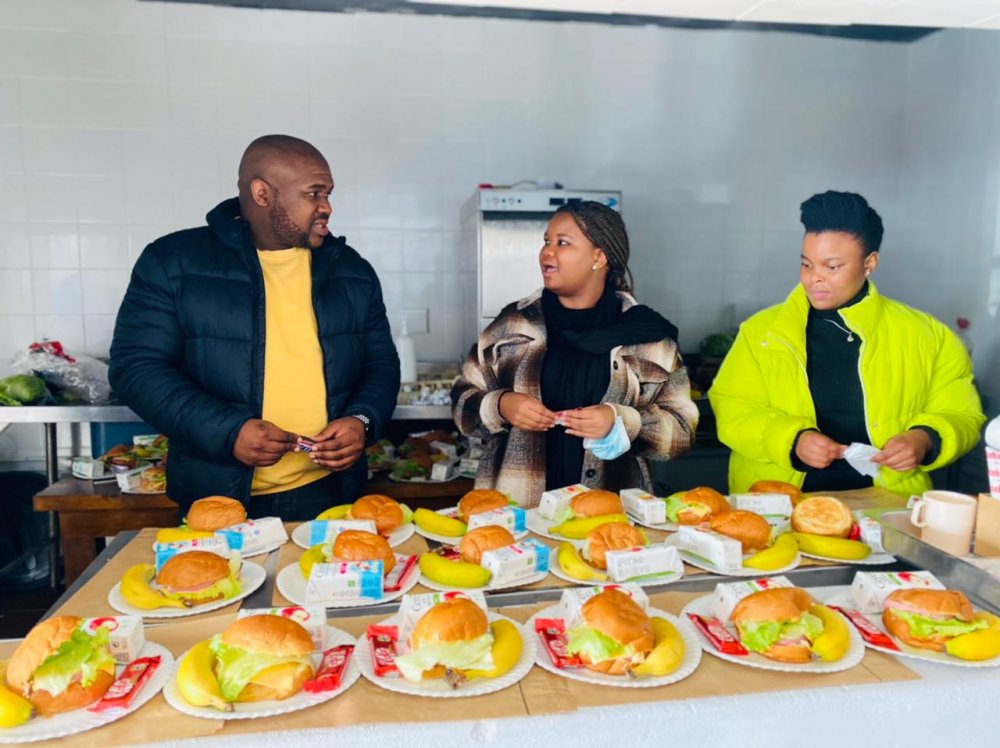 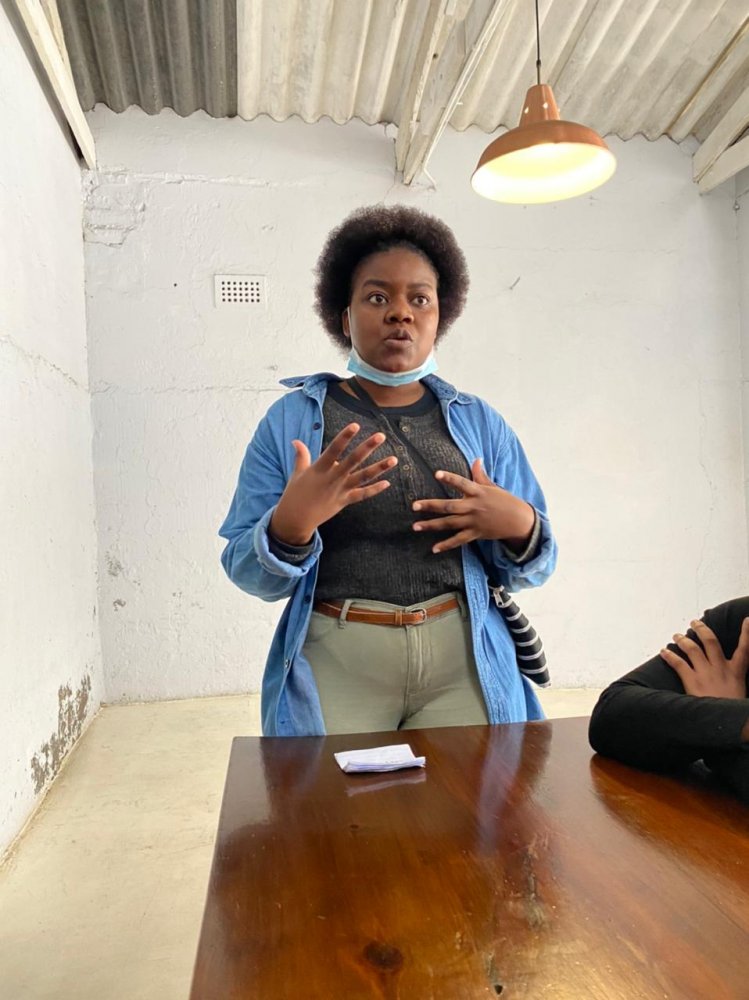 The boys and girls gathering event was held at Houtbay Snoekies on Saturday. The presentation began at 10:00 a.m. On this day, we were joined by Ashley, who supplied SUBZ pads for the women, as well as the DRR Rex, who was there to observe and support the day. We also had other guests. We had burgers with cheese, mayo, lettuce, and polonies for lunch. We also had snacks like chocolates and chips, as well as bananas and other fruits.

We started with games and then split up into groups, with the females discussing female-related topics and the males discussing male-related ones. We discussed gender-based violence, including what it is and who it affects, as well as methods to assist those who are suffering from it.

We also talked about the cycle of abuse, with the first stage being the building of tensions, followed by the abusive episode, the honeymoon phase, and finally the calm period, all of which are phases that repeat themselves. We also talked about the different types of gender-based violence, such as physical violence (physical hurt), sexual violence (rape or sexual assault), psychological violence (verbal insult or harassment) and lastly Economic violence (damaging of property and restricting access to financial resources).

We then went on to discuss about the consequences of gender-based violence. These include psychological trauma and its physical implications, as well as mental health difficulties such as post-traumatic stress disorder (PTSD), depression, and suicidality. Substance addiction, HIV and other sexually transmitted illnesses, alcohol misuse, and unexpected pregnancy are just a few of the side effects. We also discussed intervention planning, such as support groups, counseling, or Therapy and as well as Psychoeducation in school settings or communities.

We discussed ways we can assist those experiencing GBV. That is by providing emergency numbers, providing practical support, believing in them, listening compassionately, and without passing judgment. Finally, we explored how gender-based violence infringes on rights such as the right to life, the right to torture-freedom, and the right to freedom of ex

Another topic we discussed was the menstrual cycle, and we invited two guest speakers to talk to the Mentees about how to self-care and manage their periods. Furthermore, we discussed about pain relievers that are available for period pains. We also discussed teenage pregnancy prevention, the dangers of unprotected sex, and having several partners.

The boys also had their own discussion which began with a question on what each individual understands or has been brought to understand about what it means to be a man and what responsibilities they have in the context. They started the discussion by discussing and analyzing the extent of peer pressure in our communities, as well as how it might affect individuals. The mentees had quite a lot to say as this is at the peak for them as they are just getting to a point to understand themselves.

The discussion then moved on to identification and the significance of being secure in one's own skin, accepting one's path, and, most importantly, not berating oneself for any errors made along the road. The discussion came to a close with a discussion on dating as a young person and the pressures that come with it, and the mentors used the chance to educate the mentees on South African rape culture.